“The Promise of Chaplin” by Paul Flaig

“Ripples of Sound” by Lutz Koepnick

“On Benjamin’s Theory of Film” by Howard Eiland

“The Promise of Television” by Erik Born

The Promise of Chaplin


T he fifth and final act of Walter Ruttmann’s Berlin: Symphony of a Great City (1927) begins at the close of day, as electric lights stream from apartment windows, film palaces and car headlights. Ruttmann shifts from rain-swept, glistening streets to crowded sidewalks, as people go up and down one of Berlin’s most fashionable thorough-fairs, Tauentzienstrasse, looking for an evening’s entertainment. Such entertainment is represented first and foremost by the cinema, as we see the impressive facades of the Berliner Kino and the Atrium, the latter’s awning advertising in dazzling lights the New Woman-themed romantic comedy, Venus im Frack (Land, 1927). Outside a series of smaller, storefront cinemas, so-called Ladenkino, a placard for American cowboy Tom Mix and photographs of other movie stars surround a box office busy with customers queuing for tickets or waiting for their film-going companions. For Berlin’s own audience, a sense of expectation builds as we wonder what film and which stars these surrogates for ourselves are seeking inside the cinema. Concluding the film-themed introduction to his final act, Ruttmann shows, in a quick glimpse lasting no more than five seconds, the interior of a cramped Ladenkino to give an answer: a pair of all too familiar, ragged and over-sized shoes gambol forward, accompanied by equally iconic bamboo cane and baggy trousers.


Contemporary German sound artist Carsten Nicolai is internationally known for his experimental music performances and installation works such as wellenwanne (2001/2003/2008), in which water trays visualize musical sounds through changing wave and interference patterns. In fall 2015, Nicolai presented a new work of immense proportions, unitape, at the Kunstsammlungen Chemnitz.

[1] Twenty-five meters in length and four meters in height, unitape puts to work different encodings of sound and music, its visual structure recalling the look of punch cards as they had first been used in the weaving industry around Chemnitz in the mid-1800s. Cascading from the gallery’s ceiling, ever-changing arrangements of quadrilateral marks trigger the production of acoustical signals, their vibrations so intense that we can literally sense them with our entire bodies.

On Benjamin’s Theory of Film 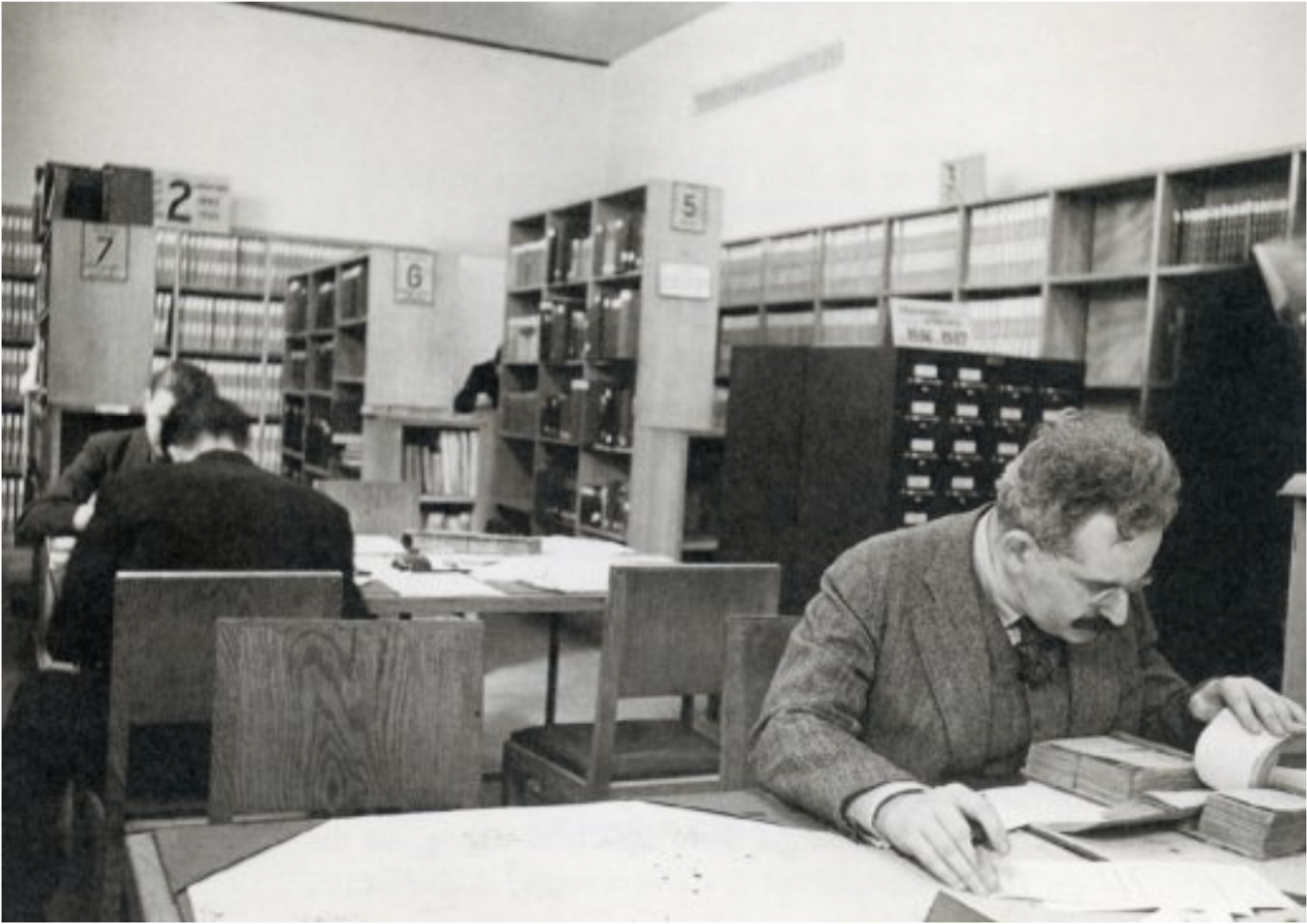 A highly condensed note in The Arcades Project, dating probably from the late 1920s, offers what is possibly the broadest and boldest statement on film that we have today from Walter Benjamin. The note has its place in the context of methodological formulations concerning the temporality of historical interpretation and what is conceived of, in this serendipitous study of nineteenth-century Paris, as historical dream and historical awakening. One awakens from “that dream we name the past” only by descending back through remembrance into the convolute of the dream itself; one wakes simultaneously from and to a dream past in order to waken a present day. So historical awakening is prepared in dreaming of the past. It is nothing short of a “Copernican revolution in historical perception” that Benjamin announces here, in Convolute K of the Arcades: a momentous theoretical turn toward a dialectical method of historical remembrance pivoting on “the higher concreteness of now-being.”[1] Such perception is dialectical because it is turned toward past and present at the same time; it is their virtual convergence as monad and mutual tension in an experience of recognition. In this precipitous constellatory temporality, in which time at once shrinks and expands, the moment of remembrance is thus “preformed” in its object.


T he fact that film became an object of analysis at a time when dance, body culture and life reform movements were on the agenda has received comparatively little attention in film historical scholarship to date. Yet, especially in Germany, gymnastics and modern dance formed an important context that clearly resonated in the debates surrounding the new medium.[1] Not only were the same people—intellectuals, artists and critics—commenting on contemporary events in film and dance, but early film theory and modern dance were also surrounded by similar concerns and inquiries: When is a movement “beautiful”? What makes a body expressive? And which specific forms of a viewer’s aesthetic experience are addressed through movement?

The Promise of Television


W hich came first—cinema or television?[1] Until recently, the origins of moving images were usually taken to be synonymous with those of “the movies,” and the year 1895 was commonly considered the annus mirabilis in the history of cinema. Despite some dissenting work on the development of moving images over the millennia,[2] the date remained significant in mainstream film studies for marking at least three decisive conditions of possibility for the appearance of the medium: the availability of the cinematograph; the genesis of production and exhibition practice; and the emergence of aesthetic considerations. In television studies, on the other hand, there was never a similar consensus. Over two decades before the consolidation of cinema, there were already models for televisual machines, and the earliest patent for a mechanical television system, which looms especially large over the German historiography of television, was granted a decade prior to the first patents for cinematographic devices. Nevertheless, the promise of electronic television would remain unfulfilled throughout the anni horribiles of two world wars, an extended incubation period representing a long-standing source of irritation for media studies. As the editors of a recent collection on German Television observe, “Until the mid-twentieth century, television remained only an epistemic object, not fully realized and thus partly latent in the history of media.”[3] By extension, one of the editors wonders, “Might television be a latency or blind spot of media theory?”[4]


T his essay was originally published in the journal Communications: The European Journal of Communication Research (2019); 44(3): 304-322, as part of a special issue on current trends in remaking European screen cultures edited by Eduard Cuelenaere, Stijn Joye and Gertjan Willems. It received the 2019 Society for Cinema and Media Studies East/Central/South European Cinemas Essay Award and has been adapted for web publication with the generous permission of De Gruyter Mouton. The author would like to acknowledge Phill Cabeen and Monty George for their assistance with the conversion.

Abstract: Centered on Richard Dyer’s model of pastiche, this essay posits that the German television series Babylon Berlin engages in a unique and timely practice of cultural reproduction shaped by a specific combination of historical subject matter and the present media-historical moment. Through digital effects, narrational layering, and multivalent location choices, Babylon Berlin pastiches Weimar cinema, and self-consciously invites comparisons between the so-called golden age of German cinema and the present. It activates cinephilic recall, establishes an intermedial dialogue between analog and digital forms, and affectively engenders a historically oriented conversation about the fragility of modern democracy in the Brexit/Trump era. Its cultural work of pastiche warrants the series’ inclusion in the conversation around the European remake.